Home / News & Features / The Impact of Brexit on the Property industry 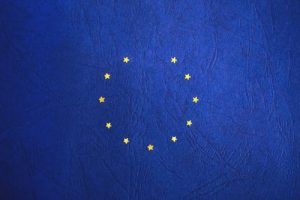 As I write this article Theresa May had just survived a vote of no confidence in her leadership of the Conservative Party and attempting to persuade European leaders to look again at the deal agreed. What appears to be an ever growing number of hurdles still to get over, not least a vote in Parliament sometime in the New Year, as a property professional there is no clear idea what impact leaving the EU will eventually have on the UK property industry.

Researching for this article, it is clear from my peers there are many different opinions out there. Whether as a country we end up ultimately with a hard, soft or even a no-deal Brexit, I think pretty much everybody is in agreement that certainly in the short term, there will be a negative impact for the British economy.

The impact across the property sectors is difficult to predict. Currently both the commercial and housing property sectors are feeling the effect of the general uncertainty that exists. In the commercial market the reluctance of investors to enter the market is coming through. Whether this is purchasing high value investments or smaller development opportunities, there is anecdotal evidence to suggest a softening of the market.

In the residential sector, for most people buying a house is the single most important transaction they will enter into. Economic uncertainty has led to a slowdown in the housing market. This is bearing out with house prices falling by more than 5,000 on average in November, as Brexit uncertainty affects the property market, according to Rightmove. The Royal Institution of Chartered Surveyors (RICS) said its monthly indicators for demand, supply and prices fell to multi year lows in November.

Clearly people are becoming more reluctant making these big decisions. It is likely this uncertainty will delay activity. However, up to now the economy has tended to cope with the growing uncertainty. I read a report last week written by David O’Leary, Policy Director at Home Builders Federation, who suggested the biggest issue that will come from a hard or no-deal Brexit will be the loss of labour and skills from EU construction workers who currently make up to 20% of the workforce. Of course, there will be big regional differences in this percentage, particularly in cities where it will be higher. However I would expect the loss of EU workers to still impact in Devon and Torbay. Skill shortages cannot easily be replaced, this takes time. I am however aware the industry is taking measures to train and recruit a skilled domestic workforce. I was particularly pleased to hear recently South Devon College has seen an increase in the trade courses they offer and evidenced by the big uptake in students attending.

If there is a no-deal Brexit it is inevitable we will see weaker growth in the economy, with job losses also effecting the housing market in the short term. This in turn might result in further house price falls, felt more generally with people putting plans on hold until things become clearer.

I hope the UK government will be able to negotiate a deal where we continue to have a close relationship with the EU. Whether this encapsulates a positive trade agreement and the movement of skilled workforce only time will tell. Of course there is still 3 months to go until 29th March 2019 so anything can happen between now and then. We could even see the whole thing postponed.